The twinkle of the eyes and the old-fashioned, wire-rimmed glasses? He's got those.

The flowing white beard? He has that, too.

But what makes Meriden's Tony Corso even more Santa-like is that he'd prefer to fill the role every day of the year.
"If I could do this as a full-time job, because it doesn't feel like work, I would do it seven days a week, 365 days a year," said Corso, whose first experience as Santa Claus was over 30 years ago. "That's how much fun I have doing it."

Since Nov. 11, the 59-year-old Corso has been Santa Claus at Danbury Fair Mall after working as a "pandemic Santa" at Meriden Mall in 2020 and 2021. On Saturday, he returns to where he's held the role for the past 15 years, at First Congregational Church's Christmas Fair in Wallingford from 10 a.m. to 2 p.m., where he will greet the young and old and sit for photos.

By now, he knows just about everything about Father Christmas. But Corso, a father of three, always has a new Santa story.

"Yesterday, it was really awesome. I was sitting at the (Danbury) mall," Corso said Tuesday. "I wasn't bored, but I wasn't real busy.
"I was doing a mental game, and I was going to do a haiku. So I knew it was like a 5-7-5 (syllables.) So I'm sitting on the chair and I'm trying to figure out a haiku that was related to Santa Claus and what I'm doing. And I see what I believe to be a monk walk by. And I wave at him. He keeps going down the mall and he's pretty far away and he turns around and looks at me, and then he comes back."

The man, a Buddhist monk from Nepal (in photo with Corso), told Santa he had to have a picture with him.
"This is a first for me," Corso says.

"He sat down and he was a very warm person. ... He grabbed my hand and he was holding onto it and (I said), 'What brought you here to sit with me?' And he goes, 'You look like you were lonely and you needed some company."

Even Santa needs a little help every now and then.

"He said, 'You bring happiness to people, that's your job,'" Corso said. "I said, 'It's true, but it's not really like a job.' And he said, 'That's great.' So it was a beautiful kind of snippet on the Santa chair."

On his beginning as Santa Claus, Corso recalls that in 1989, an agency that handled most of the malls in North America contacted him about a Santa job. Corso, then much less Santa-like, had a brown beard then but wore an artificial white one as Kris Kringle for a short stint at the Milford mall. After that, he took a long break.

First Congregational in Wallingford brought him back to the business about 15 years ago for their Christmas fair.

"They're like, 'We'll rent the costume.' The first two years, I think we did a rented costume for me. I didn't like the wig, so this is when (FCC member) Charlie Filkins called me a diva Santa," Corso said, laughing. "So I went out and spent a considerable amount of money on a wig and a beard."

Next came the costume. A member at First Congregational tried to give him one, but the fit wasn't quite right. Corso eventually bought the costume as well.
He's never regretted it.

"It was a blast, just doing it for the church, and it was just so much fun," said Corso, who has had his beard pulled on by tots at the church just to prove it's real. "And that started a whole nonprofit Santa experience for me."

After the First Congregational gig, Corso was Santa at a United Church of Christ in New Britain and in soup kitchens in Bridgeport. It became what he did at different sites during the holiday season.

In addition to being Santa, Corso has a full-time job with The Connection Inc., a social service agency, in the community justice sector, the type of work he's done for three decades. He's also an adjunct faculty member at Quinnipiac University, teaching a class called "Media, memory and history," and he works for three music venues in house management.

As Corso says, "I'm not used to being still."

Not surprisingly, the pandemic changed his life.

"In 2020, we went to remote teaching at Quinnipiac and all of my concert jobs stopped. I was like, 'Oh my goodness, I'm going to have a lot of free time on my hands,'" he said. So in the spring of 2020, Corso reached out to the same company that he dealt with in 1989 and landed the Santa job at Meriden Mall.
The Meriden job didn't develop this year, but he landed the spot in Danbury through the same company.

Over the years, he's grown into the Santa role. No wig or artificial beard are needed now. He grew in the white beard in 2017-- after clearing it with his wife, Naomi, of course--to complement his handlebar mustache.

"It's for the little kids, but it's also for the adults," he said. "Adults see me and I wave to adults and their faces light up. Everybody remembers believing in that Santa magic and kind of being transported back to that time in their life, when magic existed." 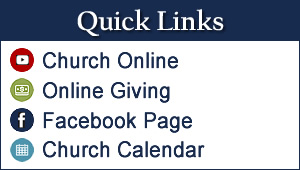